Women were beautifully created to nurture children, support men, assist young people, advice and motivate people. These days, I must be sincere that a lot of women have demoralised the sacred word sex and decency where it has no meaning to them. In that sense, those women have been disrespected and treated with contempt. Very condescending remarks from some men who feel it is cool to pick about two or three ladies and have a private session (threesome or sex) with them. That tells volume about those men. Purely immorality. Where are the good role models today? A lot of women are good women! 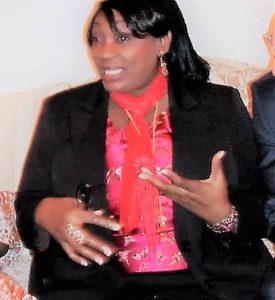 Majority of Nigerian women are disrespected by men, but why? Especially those living in Nigeria on no wages or zero handsome-income. I watched a video where a 41-year young man called Elisha Ishaku slapped a lady severally, in a sex toy shop. He threatened to shoot Kemi, the other lady there, if only they weren’t friends way back. I guess he is one of those senators there in Abuja, Nigeria. What do you say to this? Oh, lest I forget, he called about four police officers to the scene. Just a few days ago, Biodun Fatoyinbo the senior pastor of Coza ministries was alleged that he raped Busola Dakolo. Though he has stepped down now.

Treat women with respect, they deserve it.