Women and men, kindly stop attacking victims of rape or assault. Busola Dakolo narrated how she was raped by Biodun Fatoyinbo, the pastor of Cozy ministries but why are people attacking her?

It hurts my heart truly when some people decide to mock victims of abuse, physical abuse or rape. Sex is not the same as rape or sexual assault! They weren’t there at the scene of the assault, but why do some people prefer to protect the man especially if he looks like butter cannot melt in his mouth? It is so unhealthy for the woman who is the victim. I notice that a lot of Nigerians among other Africans and blacks do enjoy to stigmatise or mock victims of any kind of abuse instead of being a good role model. They always attack and insult the woman or lady before the truth prevails, especially if the man is wealthy or, is a pastor forgetting there are fake pastors everywhere today. Once the truth prevails, guess what these type of people will say, they will say the woman dressed provocatively or she shouldn’t have been there or they utter any irritating excuse.

Busola, the wife of famous music star, Timi Dakolo has alleged that she was raped by pastor Biodun Fatoyinbo of Cozy ministries.

Now, the story of one man known as Pastor Biodun Fatoyinbo (I have never heard of him until this morning), has been accused of raping a woman known as Busola, who is the wife of a music star, Timi Dakolo (Never heard of either them too). The woman, Busola narrated how she was pushed onto the settee or sofa while she was still in her nightgown and was allegedly raped by this man Biodun Fatoyinbo, the pastor of a ministry in Nigeria.

She narrated thus; according to her, her parents were out one morning, while she was young but her sister was upstairs sleeping when the pastor knocked on the door which she opened. He walked inside her living room and pushed her on the settee, covered her mouth and raped her (she had a nightgown on). Busola said Biodun asked her to do as she was told which she did. Bear in mind that she claimed she was a young virgin back then.

There was blood on the floor according to Busola. she said the only thing Biodun said was that ‘she should be lucky a pastor dis-virgin her!’ After the unprecedented ordeal, the man went to his car to bring a half-opened bottle of krest drink and poured into her mouth. Well, who knows the truth except for the victim and perpetrator? Pastors are supposed to help members. What do you say about those fake pastors who only care about Tithes and offerings, instead of preaching the truth that can help the needy and lost souls? 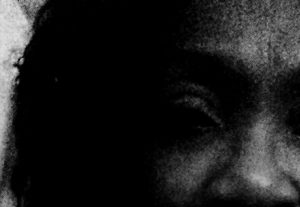 Meanwhile, if you are a victim of any assault please do not keep silent, report to the authorities. also, read motivational and self-help blogs that can uplift your situations like this.

Can you believe how many Nigerians including the members of his church who began attacking, insulting and namecalling the woman who might be telling the truth? Does that reflect the qualities of a good role model? It hurts my heart seriously. No wonder Nigeria is in the mess it is right now.

Hefty numbers of people are insensitive, uncouth, unkind and unreasonably cruel to the extent that they never protect victims except support the wealthy one who claims to be innocent.  We are grateful to have good Nigerian women and men among other good blacks and Africans who protect victims worldwide.

Women stop stigmatising and attacking women. Support and protect yourselves from dangers out there. Protect your children too.

Below is my reply to someone of Facebook who attacked the woman with an unpleasant update.

I would have ignored your bias update in reference to Busola’s case. Men and even unkind women who stigmatise or mock victims of rape like this have caused many women to carry pains in their hearts for decades. Do you know what it means to be sexually assaulted or raped? So many men are married to victims of rape or are in a relationship with victims of rape who sometimes get treated brutally treated by some women who defend themselves from reoccurrence or any other type of abuse ( a lot of women are defensive for a reason). Monsters do not write it on their forehead! Reading some comments make anyone puke, no wonder Nigeria is in a dire situation. Some victims will never say a word till they die. Really sad. I am not taking her story to be true or untrue, but sadly, people with this mindset of yours do push perpetrators forward to continue raping because they look too holy! #tinutinoshow Tinoshow. 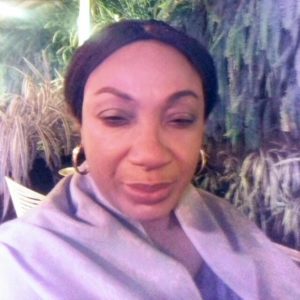