Why do some people take you as an enemy even though you don’t know some of them?

Some people don’t know you but they will decide to make you an enemy to please those people who once had a sour encounter with you. Instead of them to study you well, they will prefer to believe lies about you and gossip. They lose out,  you win.
Winston Churchill said, “You have enemies? Good. That means you’ve stood up for something, sometime in your life”. 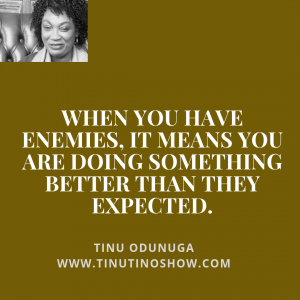 Why do some people deliberately choose you as their enemy?

Firstly, take note that some people are more toxic than you think. What they enjoy doing is bring others down until they break, so don’t fall for them.
Don’t allow people’s condemnation or negative comments to leave you wallowing in regret because of the mistakes of your past. Rather, move ahead in life and ameliorate yourself. Some reasons why some people condemn others or prefer to choose innocent people as enemies are due to the fact that their friends might have fed them with lies during their gossiping section, without checking the authenticity of such lies, they choose those people as enemies.
Always get used to criticism, either positive or not, their negative utterances or namecallings cannot prevent you from excelling.
Some reasons

Take note that in some situations, you might be your own worst enemy whereby you bring troubles and difficulties for yourself. You always argue with people and find it hard to settle in a group of inspiring people. Ask yourself, are you causing more problems for others that prevent them from getting on with you? Check yourself if you are.

Are you always hated by someone who acts like an enemy 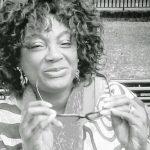 Categories: Uncategorized
Tags: "You have enemies? Good. That means you've stood up for somethingAmeliorateAre you been hated by someone you don't even know from Adam?Choose innocent people as enemies are due to the fact that their friends might have fed them with lies during their gossiping sectionDon't allow people's condemnation or negative comments to leave you wallowing in regret because of the mistakes of your past.Don't be surprised to realise that some people you don't know in person can make you an enemy. Why do they make you an enemy?Enemies and their reasonsEnjoyExpectedFor no reasonsit meansPerturbedsometime in your life".Take note that in some situationsthey might take you as an enemyToxicUntil they breakWhen you have a divergent opinion of some peopleWhen you have enemiesWhy do some people take you as an enemy even though you don't know some of them?Winston Churchill saidYou might be your own worst enemy whereby you bring troubles and difficulties for yourself.