What led to the death of George Floyd who was killed by a police officer in Minneapolis on Monday?

What led to the death of George Floyd? George Floyd was killed by a white ex-policeman called Derek Chauvin who was an active police officer up till Monday 25th of May when he killed the black African-American man, George Floyd, who was arrested by him and his three colleagues.

According to the news, the incident occurred in the powderhorn neighbourhood south of downtown Minneapolis, Minnesota which was recorded on mobile phones by bystanders.

The shop keeper called the police believing that George tried to write a bounced cheque of $20, but before you know it, it ended up brutal and morbid. George Floyd was arrested by Minneapolis policeman Derek and three of his colleagues, sadly, Derek took an unprofessional act by kneeling on Geoge’s neck who was in handcuffs and lying face down on the ground as he begged for help to breathe, Derek kneeled on his neck brutally with intense pressure making sure his life ended on that spot over a $20 cheque!

Was it another police brutality or racism?
As a matter of fact, it’s irrelevant what George’s offence was since he was armless, already in handcuffs and lying face down while he was weakly begging to breathe but the police officer continued to heartlessly kneel on his neck adding more weight on his stomach and neck until he died within 8 minutes.
Derek Chauvin and three of his colleauges were sacked that same day but Black communities expressed their exasperation through protest that was joined by Whites and Hispanics. 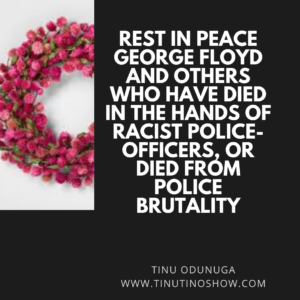 Derek Chauvin is now arrested and charged with murder

It is so heartbreaking to even watch the three other policemen standing there comfortably as George Floyd who was in handcuffs lying face down was crying and begging to breathe but they ignored him while Derek kneeled  intensively with pressure on George’s neck with his hands in his pocket. George Floyd even begged for some water which he was denied.
His death has led to days of arson and looting that have culminated in massive protests in Minnesota city and broken across nationwide.
Thousands of Blacks, Hispanics, and Whites have joined hands to protest against those four police officers, insisting that Derek gets arrested and charged with murder which happened on Friday after the heated understandable protests.
A police station in Minneapolis has been burned down during the protest, and David Chauvin has finally been charged with third-degree murder and second-degree manslaughter of George Floyd! Also, his wife has filed for divorce.
Such a morbid and brutal murder ignited the anger of Americans over the brutal killings of blacks in the United States (US) by white police officers.

The prosecutor Mike Freeman, confirmed that Derek Chauvin has been charged with second-degree manslaughter and third-degree murder.

It is very painful to even imagine that some police officers are still this evil in character, very heartless. Why not act professionally?
Rest in peace George Floyd and others who have died in the hands of racist police-officers or from police brutality.
What a pity!
Don’t forget to save lives as you take precautions to protect yourself from coronavirus.
Share and leave your condolence here.
Categories: Life and happeningsLossMurderPolice brutality
Tags: A police station in Minneapolis has been burned down during protestAmericaArsonBlacksBreatheBrutalityconfirmed that Derek Chauvin has been charged with second-degree manslaughter and third-degree murder.CulminatedDerek ChauvinDerek Chauvin is now arrested and charged with murderDerek Chauvin wife has filed for divorceDerek knelt intensively with pressure on George's neck with his hands in his pocket.ExasperatedGeorge FloydGeorge Floyd even begged for some water which he was denied.George Floyd was arrested and killedGeorge Floyd was arrested and killed by a police officerGeorge Floyd's neckHandcuffsHispanicsLootingMorbidPolice brutalityProsecutor Mike FreemanSecond-degree manslaughter. MurderThe prosecutor Mike FreemanWhat led to the death of George Floyd who was killed by a police officer in Minneapolis on Monday?Whiteswho is now charged with third-degree murder and second-degree manslaughterWhy did three officers watch George Floyd dying without helping