Boris Johnson and other British who voted leave, rejoices as the UK finally left the EU

Published by TinuTino on 1 February 2020

What will happen now that the United Kingdom (UK ) is now out of the European Union?

For stronger security, policy, and democracy, the UK joined the European Union (EU) on the 1st of January 1973.

The UK is now out of the European Union. What happens next?

Why did the UK leave the EU? Before we discuss why the British people left the EU, let us understand why they joined the EU from the onset.

The leaders believe it will make problem-solving and decision making easier, not forgetting security and democracy. 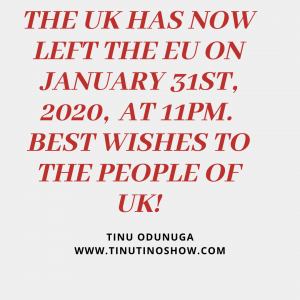 Why did over 17 million people vote to leave the EU?

If there is no appropriate free trade agreement, goods that are been moved around the EU might incur heavy charges and checks

They believed there were no distinctive problem-solving skills in policies.  Dealing as a single market trade where policies were complied to, led to multiple discrepancies and distrust.

They need to discuss supplies of gas and electricity

How the UK can have access to fishing waters

Don’t forget the connection to medical organisations that supply medicines. They will need to discuss licensing and regulations of drugs amidst a lot of deals to be met.

Share and remember to let us know what you think about this final leave decision? 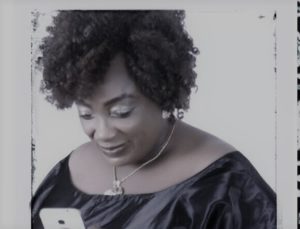 Categories: Uncategorized
Tags: 11pm17 billion19732020AlsoBoris JohnsonBoris Johnson and other British who voted leaveDiscrepanciesgoods that are been moved around the EU might incur heavy charges and checksit will reduce poverty as they predicted that poorer countries might join the EU which will increase as almost two million people came into the UK in the last ten years.January 31stJune 2016LeadersPreventing unnecessary implications of leaving the EUProblemProblem-solving skillsrejoices as the UK finally left the EUSuccess and situationThe cost of becoming a member of the EU is sky too high. That's about 17 billion of which about 4 billion discount is givenThe UK has left the EUThere might be tariffs or taxes on UK goods travelling to the EU and other countries where there are barriersThere was less value for British currency due to single currency.VacillatingWhat needs to be discussed after the UK left the EU?What next after the UK left? If there is no appropriate free trade agreementWhat will happen now that the United Kingdom (UK ) is now out of the European Union?