‘Babe, I just got shot in the head’ was Lola’s final face-call to her partner in Dayton

Published by TinuTino on 6 August 2019

A 27-year-old Lola, Facetimed her partner minutes before she was shot dead in Dayton

Most of the nine victims who died in Dayton mass shooting were African-Americans. They were shot dead in the early hours of Sunday around 1 a.m. Such a tragic day as the first mass shooting took place in El Paso, Texas where a 21-year-old young man opened fire on innocent people in Walmart killing over twenty people, leaving 26 injured. 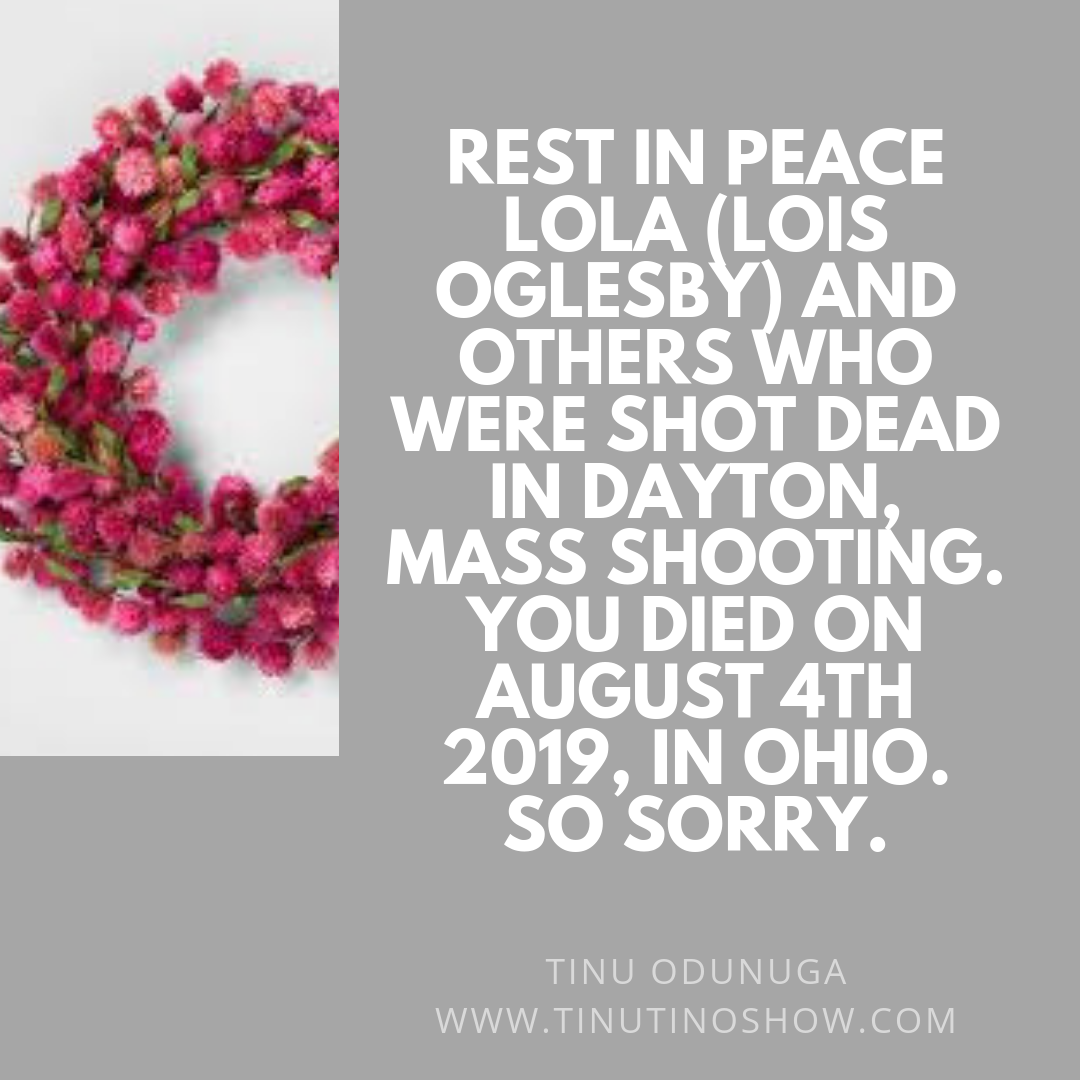 Lois Oglesby (Lola) was a 27-year-old mother of two children, whose youngest baby is only 2 months old. She Facetimed her partner just minutes after been shot dead by Connor Betts on Sunday mass shooting in Dayton.

It is such a shame that such a caring young woman had to die like that.

According to Daryl Lee her partner, she called him to say she loves him and he should take of their little children. A  two months old baby girl and six years old Hannah. Her cousin, Darasha Merrett, states that she cried so much to the extent that she couldn’t cry anymore as she was so close to Oglesby. When the phone call came in around 3 .a.m Sunday morning, to break the news to her, she was up feeding her Newborn baby. Darasha narrated how kind, loving and caring Lola was. Lola was in a Nursing school with the hope of taking up a career which will reflect her love for children and others.

Miami Valley Community Partnership has set up a Facebook Fundraiser to help cover Oglesby’s funeral and children’s upkeeping. The victim’s mother works there.

You may add your condolence here and share your experience or opinions.

Categories: Uncategorized
Tags: 'Babe2 months old babyConnor BettsCousinDaytonDayton mass shootingDiedDo you know that most of the victims of Dayton mass shooting on Sunday were African-Americans including 27-year-old Lola?El pasoExperience or opinionsFacebookFacetimedfollow this blogFollow this blog and share.HannahI just got shot in the head' was Lola's final face-call to her partner in DaytonIt is such a shame that such a caring young woman had to die like that.LeeLoisLois Oglesby (Lola) was a 27-year-old mother of two childrenLois was also known as LolaLolaLola got shot in DaytonLoveMay their souls rest in peace.MerrettMiami Valley Community Partnership has set up a Facebook Fundraiser to help cover Oglesby's funeral and children's upkeeping. The victim's mother works there.Most of the victims who died in Dayton mass shooting were African-Americans in the early hours of Sunday around 1 a.m.Newborn babyShareShe Facetimed her partner just minutes after been shot dead by Connor Betts on Sunday mass shooting in Dayton.Six-year-oldTake care of their childrenTexaswho Faced-timed her partner in Daytonwhose youngest baby is only 2 months old.

So terrible. Rest in peace.