Homosexuality is not allowed in Nigeria, a gay can face up to 14 years imprisonment if caught. Some Nigerians have added that Bobrisky should also join the 57 gays who were arrested! What do you say?

Homosexuality is not allowed in Nigeria, a gay can face up to 14 years imprisonment if caught. Lesbian, gay, bisexual, and transgender (LGBT) persons in Nigeria face legal and social challenges.  Fifty-seven (57) young gay men were arrested in a night club in Lagos, Nigeria, but some of them denied. Some of the suspects have denied the allegations, insisting they were at the hotel for other reasons, such as a wedding or birthday party. Those guys tried to escape immediately they saw the police but it was too late. I personally cannot say much about this but it is only wise to keep yourself safe, don’t break the hearts of good women and don’t be victims of unjust laws. There’s prohibition law against same-sex marriage in Nigeria. Some angry people have said that Bobrisky (Internet entertainer and entrepreneur) should be arrested since he is also gay. I thought he is only a cross-dresser? Guess what, that is none of my business! 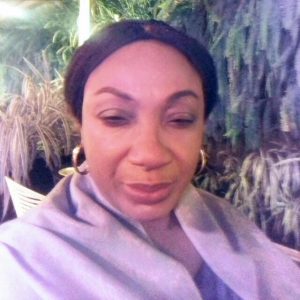 Well, I have no right to tell anyone what to believe in or not. Meanwhile, These are signs to know if your man might be gay.  Both male and female same-sex sexual activity is illegal in Nigeria, I repeat. There is a maximum punishment in the twelve northern states that have adopted sharia law, which is stoning either male or female to death. What is your opinion?

Categories: Uncategorized
Tags: 57 gays arrested57 gays were arrested.a gay can face up to 14 years imprisonment if caught. Some Nigerians have added that Bobrisky should also join the 57 gays who were arrested! What do you say?and transgender (LGBT) persons in Nigeria face legal and social challengesAngry people asked the police to arrest Bobrisky among other 57 gaysBisexualBobriskyGayGaysHomosexualityHomosexuality is not allowed in NigeriaLagosLawsLesbianNigeriaNight clubProhibitionSharia lawSome angry people have said that Bobrisky should be arrested since he is also gay. I thought he is only a cross-dresser?Stoning to death for gaysThere's prohibition law against same-sex marriage.What led to some angry Nigerians asking for the arrest of Bobrisky among other 57 gays who were arrested. Homosexuality is against the law in Nigeria.