Influential Nigerian preacher, TB Joshua has died at the age of 57

It is said that the popular TB Joshua, who used to perfrom miracles that most people didn’t believe, died in his sleep.  It is only a few days to 58 years birthday!

Sadly, his members and family were planning his 58 years birthday before he passed on.

Though these days, many people are sceptical about pastors since they have exprienced fake pastors who only extort money.

Who was TB Joshua?

Temitope Balogun Joshua was the founder of Synagogue, the all nations church. Also, was a televangelist who never showed off per-se compared to his peers.

One of his facebook pages with followers of over five million has a post that confirmed his death.

They said he died on Saturday morning 5th of June after a live broadcast, but no one has mentioned the cause of his death.

He had followers across Africa, with tens of thousands as his members. Though he was labelled as an evagelist with controversial teachings due to his method and strange utterances like trying to ‘cure gay people’ which led the rights body to make a complaint that led to his YouTube account being suspended.

His followers called him a prophet as he claimed to heal all types of diseases including HIV/Aids, which drew more members across the globe. He ran Emmanuel Christian TV station where he performed miracles.

Don’t forget that one of his buildings that collapsed in 2014, where 116 people (mostly South Africans) were killed, was still a case unopened till he died yesterday.

It was declared by a Lagos coroner that the church was culpable due to criminal negligence. That was the end of the case!

Also, Facebook removed a video where TB Joshua slapped a woman whom he claimed she had demonic spirit which he was casting out.

May his soul rest in peace. 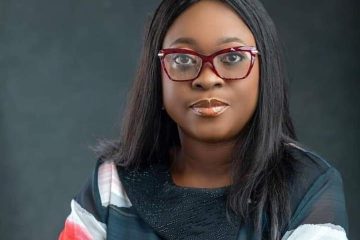