What is the meaning of conscience? Some people feel guilty before or after a certain action, but why?

Conscience is the moral sense or knowledge to distinguish between what is wrong from what is right.

It is very interesting to be able to search our mind for any irrational, negative or harsh intention that might lead to a painful action on someone else. You see, when you can have a rethink about your decision or thoughts, it means you have a good conscience which will prevent you from hurting others. That makes this world a peaceful and livable place. Not everyone has a conscience. There is a big disparate between someone with a conscience and one without. 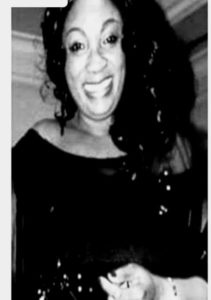 Some people will hurt and attack others without conscience

Don’t forget that some people will hurt others without conscience which is why we see many people feeling low, depressed or hurt today. Some people can stand up to injustice which is a great way to protect those who are unable to express themselves. Conscience enables justice and facts, as it works with guilt but the inner strength enables you to stick to the right decision. You will feel guilty whenever you go against the just principles.

Whatever you do in life,  let your conscience remind you each time you are hurting innocent people around you or when you are about to hurt people.  If you don’t feel the pain then religiously you are deceiving yourself if you call yourself a religious person. This is not a way to condemn but it is the gospel truth about the way conscience underpins all religions. Mostly, all religious people will tell you that they have a conscience which prevents them from taking part in certain wrong dealings. I mean, regardless of your religion, you see, lack of conscience makes you fake, which is not what you want!

Let’s take someone who derives happiness from hurting people for example since he or she is toxic, can that person give you a lecture on how to remain focused, happy, and conscientious? Not really until the person leaves a toxic life behind, and learn how to change their life around by attending classes, networking, therapies if necessary, and start loving his or herself.

According to late Queen Elizabeth, I of England, ” A clear and innocent conscience fears nothing”. 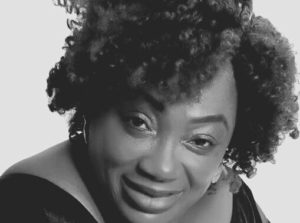 Categories: InspirationalLife and happenings
Tags: " A clear and innocent conscience fears nothing".A few points on how to stick to your conscience. Understanding your conscience and how to avert negative people who might counter your positive decisionsAccording to late Queen ElizabethAppropriateAvertBe bold enough to stick to your decision so that you will not sway in the wrong direction.Boldbut why?ConscienceConscience is the moral sense or knowledge to distinguish between what is wrong from what is right.Conscience is when you have the knowledge to distinguish between what is wrong from what is right.DisparateDistinguishEphemeralFirstlyGuiltI of EnglandInnocent personlet your conscience remind you each time you are hurting innocent people around you.PrinciplesQuellSelf-developmentSelf-motivationShare and let's discuss conscience.Stick to the truth without feartrust yourself without thinking about the negative things or remarks people say against you when you stand up to the truth.What is the meaning of conscience? Some people feel guilty before or after a certain actionWhatever you do in lifeWrongfully