Three suspects have been arrested but can his employees arrange for his abduction? Dayo Adewole, son of the ex-minister for health (Prof Isaac Adewole) has been released by his kidnappers

Dayo Adewole, son of the ex-minister for health (Prof Isaac Adewole) has been released by his kidnappers but it is alleged that one of his employees who was arrested might have been one of the kidnappers. Some staff, neighbours, friends, or family are now planning to kidnap too just as Fulani herdsmen are on the rise of this calamitous actions of kidnappings and killings. Where do we turn to in Nigeria? Is Nigeria improving or not? Which way Nigeria. Be safe be careful of those you employ or friends, family, colleagues, or neighbour you discuss with. Don’t expose your plans. 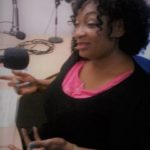 How the kidnapping occurred

According to the police spokesman, four gunmen abducted Dayo Adewole, the son of the former Minister for Health, Prof. Isaac Adewole in Iroko, near Fiditi, Afijio local government of Oyo State. Dayo was abducted by four gunmen around 6:30 pm (June 18th), at Iroko which led to a hot chase to rescue the young man (Hot chase between hunters and kidnappers). Although, some nearby hunters have recovered the vehicle used by the gunmen who abducted Dayo. 24 hours after his abduction, the abductors released him to his family in Ibadan. The young man only got married in January, how devastating. Three suspects have been arrested; the newly employed driver which Dayo employed three days before his abduction, the farm manager, and a worker. The police believe it was an inside job. I have always believed that most kidnappings are linked to an insider. How dreadful. Be vigilant!

My advice for those who enjoy cheap fame from exhibiting their lives on Facebook through a live show where you are been boastful and showing-off houses is to be careful and sensible. Reduce the way you show-off children’s success or worth, largesse parties or expensive cars. Not all that glitters is gold (be wise). Be watchful. For those business owners who employ strangers from nowhere, be careful?  Those who expose their plans to bitter relatives, neighbours or family members, be careful. Kidnapping is on the rise in Nigeria. Who can you trust today and what is the government doing?
Let me know if you have a suggestion for combatting kidnappings in Nigeria? Share, follow and comment. 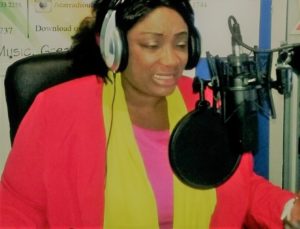