The first question some people ask today is that, is Nigeria safe, has there been any improvement in Nigeria? How safe is Nigeria upon all these calamities and killings? You hear the increase in killings, kidnappings, bombings, ritual killings, armed robbery, assassinations, and other crimes. What is the government doing? How are the people joining hands to overpower the culprits and the criminals involved? 3 suicide bombers killed around 30 people in a triple bombing outside a video-hall  (a place where people watch football or movies) in Borno and two other places close-by. Another 40 were injured in the attack in Konduga village in Borno State, Nigeria. People are blaming the Militant Islamist group, Boko Haram who haven’t claimed responsibility yet. That is so painful. May the souls of the departed rest in peace. Some people want to know if Nigeria is dying or not? 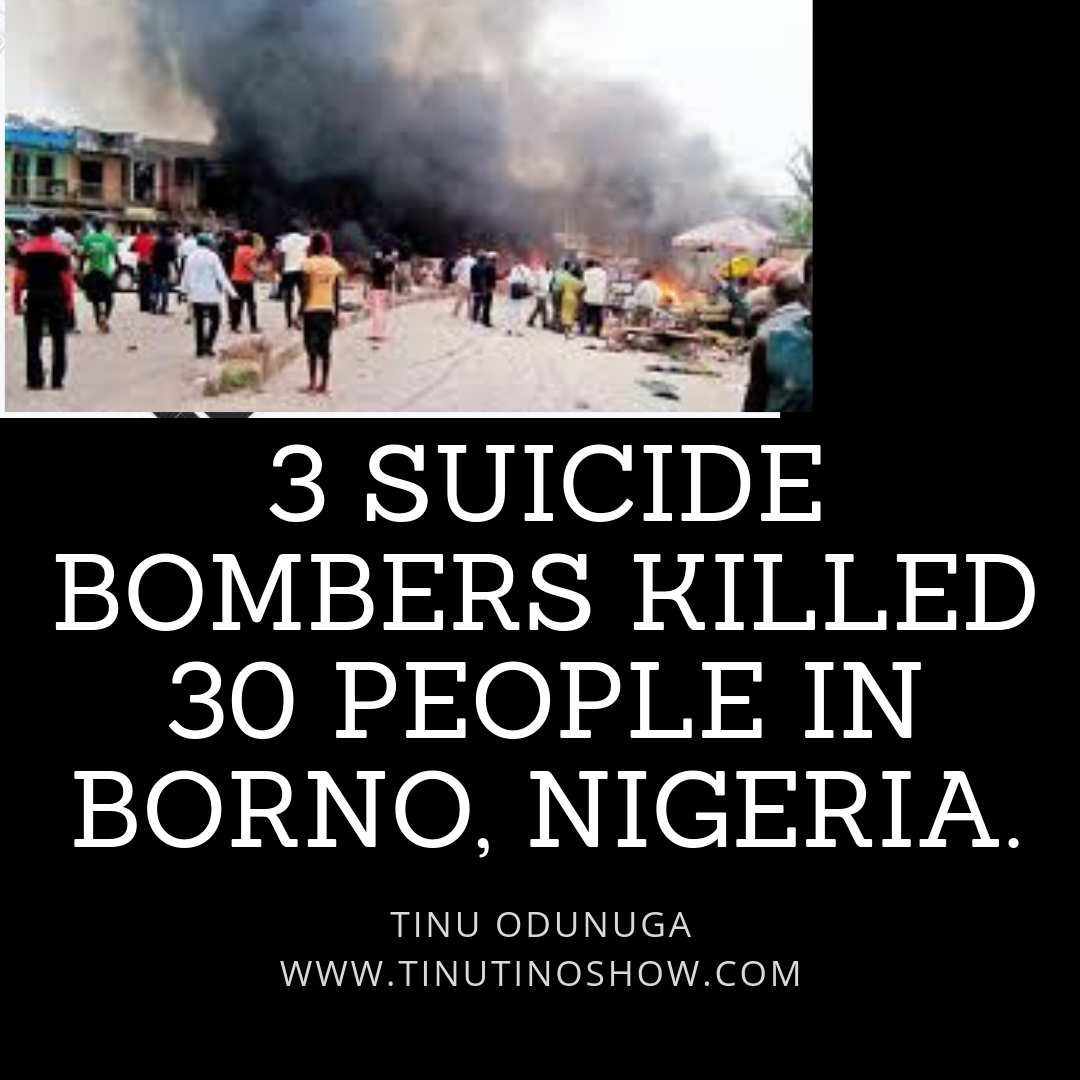 Outside the video hall, Ali Hassan, leader of a self-defence group in Konduga said that the owner of the hall had prevented one bomber from entering. “There was a heated argument between the operator and the bomber who blew himself up,” Two other attackers who were not far away, also blew themselves up. This led to a high number of deaths which became way too hefty for the emergency services to handle. Although, they weren’t equipped enough to deal with such a massive number of wounded people. According to Kachalia Usman, the head of operations at the state emergency management. People now visit video halls to watch their favourite football team or movies across Nigeria.

The people watching football were the target of suicide bombers who killed dozens. If you ask them about the suspects, they will point to Boko Haram who have targeted them on several occasions, because they claim that, those people in Borno state are unIslamic.

How can the people in Nigeria experience good security, movement, peace, employment, and freedom? These people need education, self-development, exposure, and enlightenment!

Categories: Uncategorized
Tags: 3 Nigeria suicide bombers killed 30 in a triple bombing in Borno state3 suicide bombers3 suicide bombers killed dozens in Bornoand bombing. How safe is Nigeria today?and freedom?Another 40 were injured in the attack in Konduga village in Borno StateBoko HaramBombedBorno stateDevicesEmergency servicesEmploymentfollow this blog and comment.footballFootball teamHow can the people in Nigeria experience good securityHow safe is NigeriaKidnappings in Nigeriakilling dozensMilitant IslamistMovementNigeriaNigeria. We now hear stories of kidnappingPeacePeople watching football match in a Video hall in Borno were bombedRitual killingsritual killings and bombing. How safe is Nigeria today?SafeSelf defenceShareTargetedThe people watching football were the target of suicide bombers in Borno who killed dozens of them. 3 sucide bombers detonated 3 devicesTriple bombing in borno stateUnequippedUnislamic