Anthony Joshua lost the fight this time around! Sorry.

Anthony Joshua has been winning, making tough games look easy until his game with Andy Ruiz looked perverse to him. It doesn’t matter how difficult it is, he will turn his situation around and remain self-motivated, so that he gets prepared for a better game in the future.   It is a shame to watch him lose. To me personally, it was a game which means if two people play a game, one will win and the other lose otherwise, it will become a draw. Remember that,  anybody can rise at any time or fall. Don’t be too boastful or too weak, either way, be yourself and believe in yourself. A lot of us are proud of Anthony’s effort, we love Anthony. He also needs to understand problem-solving skills. Some people will find the link useful. 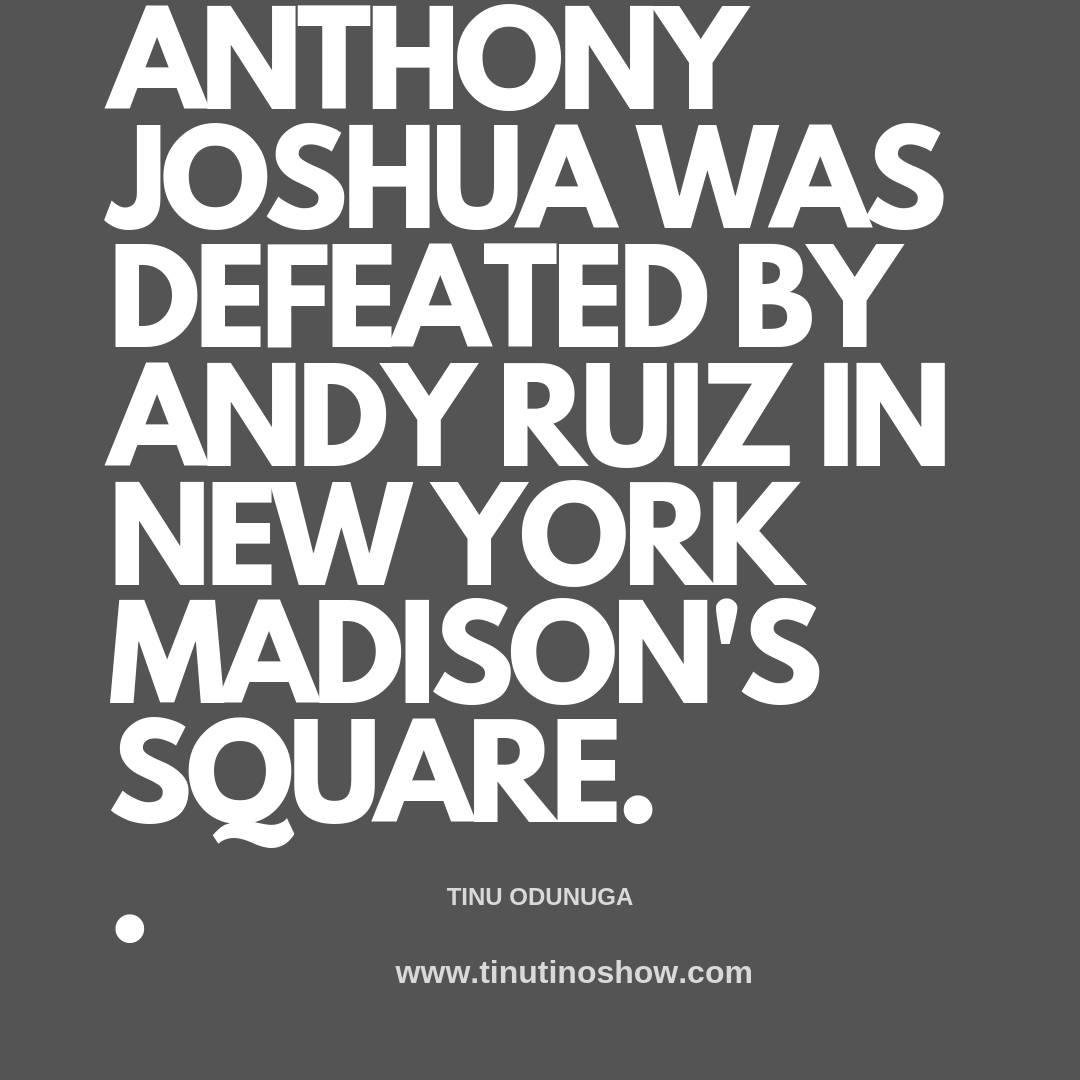 How Anthony Joshua was defeated by Andy Ruiz

“Joshua, previously undefeated and fighting for the first time in the United States, was defending his IBF, WBA and WBO titles but was knocked down four times in the fight before the referee waved off the contest in the seventh”. Source Internet.