Some Nigerians are furious at the donation of $500.000 cash, and 30.000 tonnes of medical equipment and drugs from the Nigerian government to Malawi.

The government of Nigeria donates generously to support health care in Malawi.

On March 8th, 2019, heavy rainfall triggered flooding which left such an unprecedented disaster in Malawi. Malawi was hit by a disaster called cyclone Idai which claimed many lives, 86.000 people displaced and many are injured. Such a disaster-affected over 880.000 people across 67 camps. NIGERIA has been supporting Malawi with education and other sectors since 1960. In a way to support the people of Malawi, the Nigerian government donated 30.000 tonnes of medical equipment, drugs, insecticide-treated nets and cash of $500.000 US Dollars as a way to prove that Nigeria is like a big brother of Africa to Malawi and other African countries. According to Mr. Geoffrey Onyeama, the minister of foreign affairs who led the delegation of the Nigerian government said that “The amount is huge, 30, 000 tonnes of items, which will be transported to Malawi in the next one or two weeks maximum. The relief was handed over to the minister of homeland security and management affairs of the Republic of Malawi. 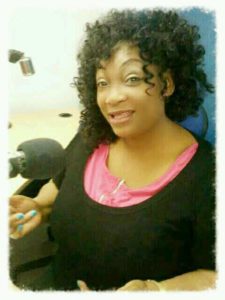 The appalling state of government hospitals in Nigeria today

It’s a disgrace that Nigeria can even donate a dime when people die daily from avoidable illnesses due to lack of efficient medical equipment and drugs. Don’t get me wrong, it a great way to support countries and individuals in a charitable way, but most Nigerians see this as a slap on the face. When was the last time the government of Nigeria donated generously to improve the government hospitals in Nigeria? None of the leaders visit any government hospital due to appalling state but rather promote medical tourism, by travelling overseas for treatment which is killing genuine businesses and hospitality for private hospitals which are reasonably equipped. Has anyone seen the state in which the majority of Government hospitals in Nigeria lies? In fact, those hospitals are not good enough for general public talk less for politicians. Do you know how many Nigerians travel overseas like India, the United Kingdom, and America for appropriate medical treatment? It is time to start investing in developing and revamping those government hospitals in Nigeria.

What do you say about such generosity to improve the health system in Malawi?