What can we do about the appalling state of government hospitals in Nigeria?

The first time we went to Nigeria in the early 70-s, everything about the country was wow! The economy of Nigeria was great, public facilities to the world were evident and the exchange rate was stable at #1 Naira to $1. Did I add that many families slept with their windows and doors opened? There was trust and there was love, unlike today when most people look at their back while walking in broad daylight. We had topnotch health care which was good enough for both rich and the less privileged, to the extent that free medical service pleased many Nigerians. Nurses and doctors proudly exhibited professionalism each time they attended to patients regardless of tribe, religion or class.

The government hospitals today in Nigeria

Today, even the president of the country and politicians travel abroad for medical treatment since there isn’t appropriate health care or even equipped government hospitals. Many people are sadly losing their lives due to lack of medication, fake drugs, poor diagnoses, lack of oxygen and poor medical attention. Bear in mind that there are well equipped private hospitals to be proud of in Nigeria but many poor people cannot afford that. 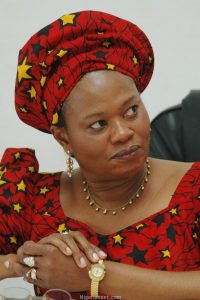 I cannot complete this blog without mentioning Mrs. Dora Nkem Akunyili, born on  July 14th, 1954 but died on June 7th, 2014. She was the Director General of National Agency for Food and Drug Administration and Control (NAFDAC). During her days, she rigorously fought against the importation of fake drugs which nearly polluted some hospitals.

Who cares about the state of the government hospitals today?

Some of we Nigerians living abroad are working tremendously in several ways to revamp the health system in Nigeria but the exploding population plus unemployment is not an advantage.

Why can’t all first ladies and their husbands join forces to improve those hospitals instead of wasting public funds to seek treatment abroad?

It is a shame that no one helps widows, widowers, poor people and terminally ill patients who cannot afford to travel abroad.

When someone wгites an piece of writing he/she keeps the plan of
a user in his/her brain that how a uѕer can know it. So that’s why this piece of
writing is peｒfect. Thanks!