Can life be the same after someone has been falsely imprisoned for crime they never committed? 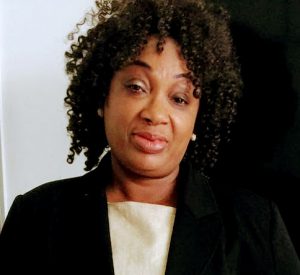 commit, you might get so teary! How do they get their lives back after spending almost all their lives behind bars, with real criminals who are never remorseful? Do we even accept them when they return to society without stigmatising them? It baffles me how law can’t be thorough on criminals instead of the alarming rate of injustice these days.

Michael Stone, a 57-year-old man is serving three life sentences for the murders he might know nothing about. In 1996, Lin and Megan Russel were murdered in cold blood. The same day, Josie, the daughter of Lin was attacked with a hammer but she survived.

After 32 years in prison, Andrew Wilson was released from prison for a murder he did not commit.

After decades of being in prison for a crime you did not commit, it is sad not to be compensated, isn’t it? Some people are not welcomed by the society which turns their lives even sourer.

This is a miscarriage of justice, no one should ever face it. Bear in mind that some innocent people will make a false confession if torturing or intimidation overwhelms them.

How can move forward?

After they have been wrongfully accused and sent to prison for many years, they might face a psychiatric problem or anxiety. Such a person needs to go for counselling frequently so that he or she can get their life back on track. Try focusing your mind on productive projects that can improve and enhance you and also, educate yourself through schemes, programmes, and networking. Be motivated and inspired. Sometimes we human beings might feel either low, lazy, or reluctant to leave the house for a positive mission, if this happens, try these ten ways to prevent you from being lazy. It works for some people who have called me to thank me and it sincerely has worked for me too.

They may be permanently changed in character without being the same again.

Categories: Uncategorized
Tags: 19963257A man been falsely imprisoned for crime he never committeda self-help on getting your life togetherAfter they have been wrongfully accused and sent to prison for many yearsand networkingAndreAndrewAndrew 32 years falsely imprisonedAndrew WilsonAttackedCharacterCold bloodCommitCompensatedConfessionCrimeDecadesEducate yourself through schemesFree at last after been falsely imprisoned for 32 yearsHammerHeartfelt story of Andrew WilsonInnocentIntimidationIt sincerely has worked for meIt works for some people who have called me to thank meJosieJusticeLinMiscarriagemurderMurdersOverwhelmsPrisonProgrammesPsychiatricReleasedRemorsefulRusselStigmatisingSurvivedTen ways to prevent you from being lazythey might face a psychiatric problem or anxiety.Try focusing your mind on productive projects that can improve and enhance youwho was falsely imprisoned for 32 years over a crime he never committed. AlsoWilsonWrongful imprisonment