Who would have ever predicted that Meghan Markel, a Suits actress from America will one day become Duchess of Sussex? Destiny leads the way.

Meghan is a mix-race American pretty woman of 36 years of age, born on 4th August 1981 in California, She was once a Suits actress who was not that popular at first until she hit Hollywood headlines. She attended Catholic school and she is a graduate of Northwestern University. After showing interest in acting, her father who is an Emmy award-winning lighting director use to take her with him. Meghan is a feminist who cares about the way women are treated in society. In fact, she is appreciated among many women for such a role. Her father Thomas is Irish and Dutch Descendent, also appreciated in the film industry. Her mother Doria Raglan holds a master’s degree in social work. She is a yoga instructor, social worker, and a psychotherapist mainly looking after the elderly. After her parents divorced when she was six years old, both of them shared custody of her. It is encouraging to read more on inspirational life experience.

Prince Harry proves that love has no colour or class

Do you remember TinaTurner’s song, ‘what’s love got to do with it’? Well, Harry just proved that love is simple, sweet, real and energizing by marrying a pretty girl with the brain without looking at the race or class. Love is not racist, always remember that. Meghan is three years older than Harry, she is divorced while Harry is three years younger and never married before.  Although he was naughty, as he used to hit the headlines for behaving badly. It was once worse when he saw nude messing with nude girls at a dirty beach party.

Both grown up responsibly with true love

Can you see what destiny does right there? Meghan was only recognized by Hollywood organization in the past but today she has been motivated and elevated from Suits actress to Meghan Duchess of Sussex, who is known and loved worldwide. Just as Harry is now grown from a naughty boy to a full responsible Prince. I heard a member of the public say, the wedding wouldn’t last but I wish the wedding last forever because you can see the true love there.

I wish them a happy life. 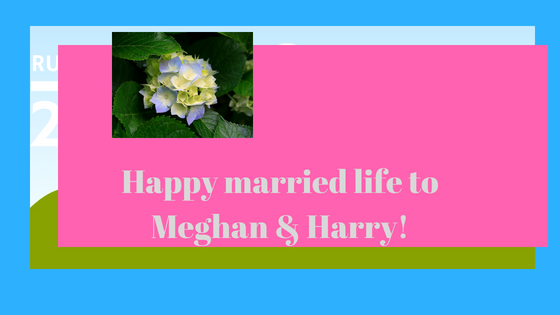