Do you ever know that some people are sensitive, while some do have low self-esteem? Some Nigerians are enjoying mocking Ibrahim Idris, the IGP!

The first thing we need to address is how to stop stigmatising people who either make mistakes or those who are going through any medical condition. When you mock them you are not doing any good. It really got me worried for many Nigerians who are mocking the IGP Ibrahim Idris Kpotum. Why not give suggestions? Don’t you know that same IGP has read several reports in the past? Of course, he can read well, but I can only blame him for not preparing well enough as an IGP of the nation. Apart from that, wouldn’t you feel guilty if he has a health issue which he is hiding? Stop mocking people, rather give them the chance to rectify their mistakes. Some Igbo people will complain about the accent of Yoruba,  some Yoruba people will complain about the accent of Hausa/Fulani, let’s be one. Although, Ibrahim Idris did not read coherently, but give him the opportunity to explain himself and address the problem so that he will not embarrass himself and the whole police force next time.

Who is IGP Ibrahim Idris?

An inspector general of police (IGP) in Nigeria holds an exalted position over the police force, while he is like a face of the government.  When such a person makes a speech, we expect his or her speech to bring courage and assurance to Nigerians. The IGP, inspector general of police is the head of Nigeria police force Ibrahim Idris Kpotum.  After IGP Solomon Arase retired on June 21st, 2016, Ibrahim Idris replaced him on March 21st, 2016. 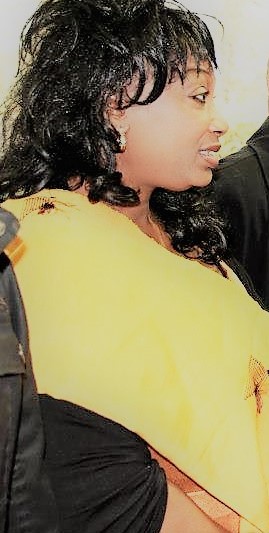 Role of police is to protect lives, to protect human rights, to protect people and their properties, to prevent crimes, to arrest criminals and make sure justice is done. Furthermore, the police need to bring peace and unity among Nigerians and to protect Nigerians against terrorism especially herdsmen and Boko Haram.  The IGP, must make sure all is carried out by his officers!

Not to judge, Ibrahim Idris needs to buckle up his belt and firmly focus on combating terrorism. Many people are not on his side in that respect. Now, that could boil down to why many people quickly judged and mocked his avoidable mistakes. He was seen on video repeatedly saying, transmission, transmission, transformer or so but he kept saying, sorry sorry, please? That is utterly embarrassing!

Do you ever know that some people are sensitive, while some do have low self-esteem? When they watch the way others are mocked over mistakes, they might get depressed or even hide away from trying to lift themselves up.

When you mock old or young for not being able to read or write regardless their position in the society, it could discourage them and discourage others who wish to learn? It might come across as an embarrassment but how about taking their mental health into account?

How about this, do you know that Ibrahim Idris the IGP might be battling with a type of illness or medical condition unknown to him? Do you know this is a symptom of sleep deprivation or worse? Or it could be tiredness, nervousness, or Dyslexia? I feel sorry for him because we see different types of people mocking him. If none of the above, then he can blame himself for not getting prepared for the speech!