What do you think about the old man, aged 104 who ended his life today in Switzerland? He was unhappy as he aged in pains!

How did life turn from bearable to unbearable for David Goodall who was a respectable botanist and ecologist?

David was once a happy man who moved about freely without depending on his family or loved ones until he began to grow old and weary. A few years ago, he began to lose his eyesight and mobility which got him sad and helpless, hence the reason for his cry to end his life. Switzerland is one of those few countries on earth where patients are allowed assisted dying or assisted suicide. He was a British-born scientist. 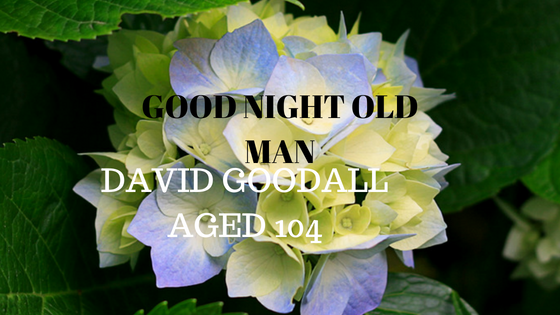 It is worrying to imagine an old man of that age felt so many unbearable pains which led to his decision. While some babies struggle to live on gas or machine, some old people are fed up with life. What a paradoxical life!

He used to travel on buses before but not anymore, as he felt that he was aging disgracefully.  He was not allowed to kill himself in Australia, but he traveled to Switzerland to end his life in the presence of a doctor. Over $20.000 was raised by the public for his traveling from Perth to Switzerland. where there is legalisation of assisted dying. I find it hard to swallow. No, I do not support that because we must protect and love the elderly.