Is Senator Dino Melaye being witch-hunted or is he facing the necessary procedure? Watch the video of his arrest here!

I don’t know the full nitty-gritty on Senator Dino Melaye’s case but I pray and hope the truth will prevail. You should know i don’t like hearsay but why can’t he be escorted appropriately without scene or force? Why such humiliation? Thank God that wasn’t an activist or any other Nigerian. they would have beaten the hell out of him or her. Meanwhile, isn’t it high time we all work together so that Nigeria will be blessed with swift medical service which was provided for Dino Melaye. Clean ambulance, prompt service and competent members of staff. Take it easy Dino. 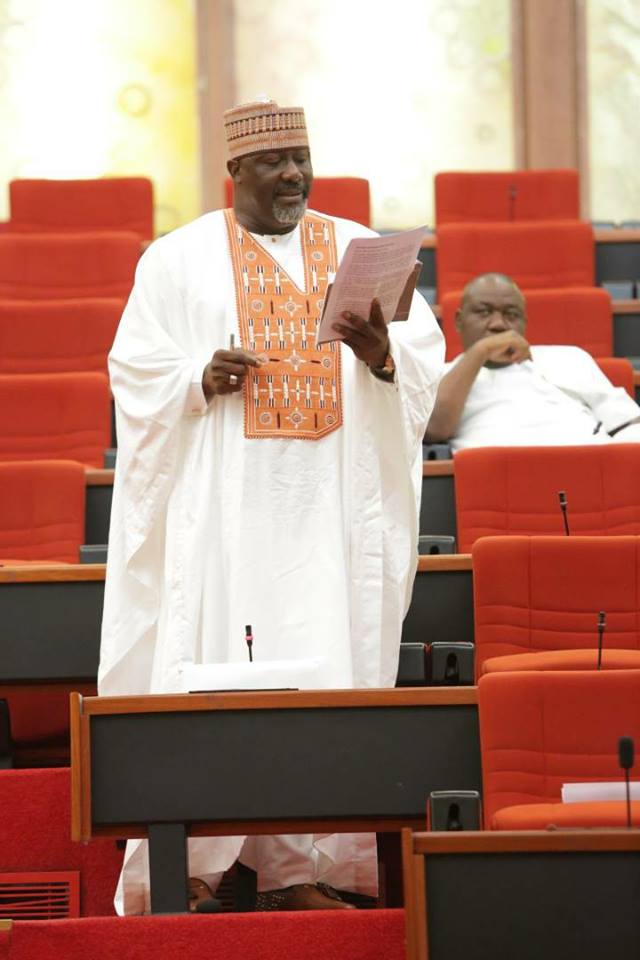 This morning (April 25th), Dino Melaye explained how he willingly submitted himself to the operatives of special anti-robbery squad (SARS). He said he wasn’t comfortable with the way he was been forced or dragged by police to face trial in Kogi state where he fears for his life. Don’t forget he is not in good terms with Kogi state government. Dino Melaye suspects sinister motives there!

VIDEO: I will kill myself and put all of you in trouble, Dino Melaye threatens policemen

Credit of video to Punch Newspaper.

Video shows Dino on the floor

In the video  attached, Dino is seen sitting on the roadside with police officers surrounding him, he can be heard threatening the police that he will kill himself and put them in trouble. Something isn’t distinctively clear there, because it sounds like Dino Melaye has a reason for saying what he said. As far as i am concerned, i guess he lashed out of frustration and fear. What led to him jumping off the police van? What exactly is the whole truth? Dino and others know the truth, i believe.