The first time I met  Rev Esther Ajayi  was supposed to be for an interview but it was a memorable evening. Today, I am blessed to have her in my life as a friend, big sister, mother in the Lord and motivator. She is extremely down to earth, beautiful, caring and helpful to everyone who has come her way.

Rev Esther Ajayi is sincere and, truly she wants to make a difference every where she goes which is what she is doing now. According to her, she has been through hell in the past when her husband was in hospital, she became homeless, she was in detention camp and she had nothing just her children and God. Since God turned her sorrow to joy, she has promised never to live without helping someone in trouble. She knows what she is doing!

We have launched Esther Ajayi foundation in 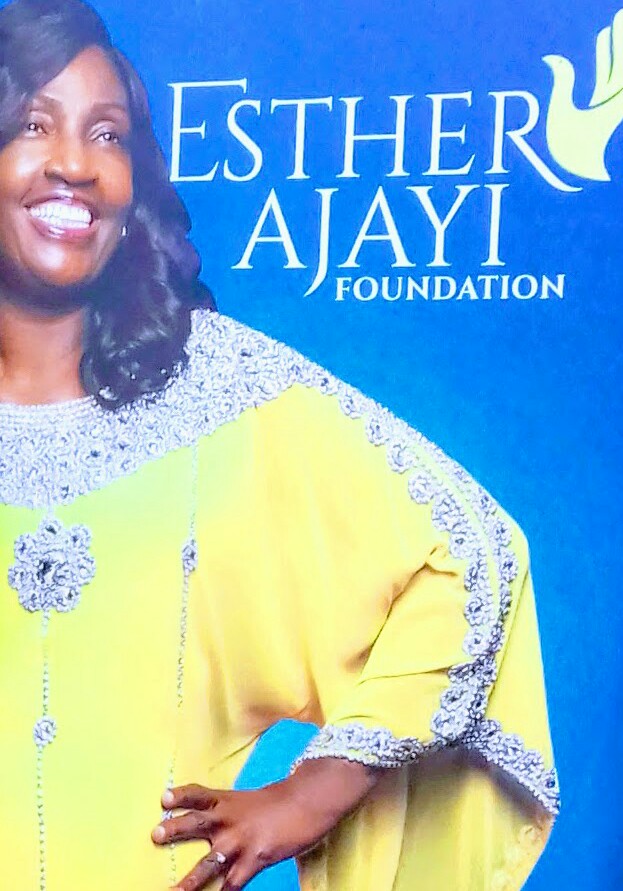 Jerusalem on January 3rd 2018, we launched it in America and now launched it in Accra two weeks ago where we have visited homeless people to donate warm food and items to them. We stretched our care to Edo state, Lagos Ogun state, Accra Ghana and united Kingdom. Videos will be out soon.

One thing is that she prays a lot.  I thank God I have always   enjoyed praying which makes me enjoy her prayer sessions.

I thought I was blunt until I heard mama adura (prayerful woman) preach one evening, where she spoke about respecting your  husband. She pointed out some incidents and examples but guess what, this woman of God is utterly hilarious. She made jokes which left everyone laughing loudly. Don’t you know laughing is therapeutic? Another evening was a Thursday I think, during bible study which I love so much because it was another evening to express and teach each other of our favourite Bible passages that week. When it came to a topic on keeping the body as a temple of God, she named two people there who are overweight reminding them on how overweight she was in the past. I presume someone said she will run faster than her during a charity event or so, Rev Esther Ajayi said ko jo rara (it can’t happen), she said she will pray to God to pull that opponent back so that she will run in front. We all kept laughing because she was demonstrating it. One day, mama Adura said she watches some people who donate big offerings in her church so that she will donate thrice of that. Her reason is thus:: she doesn’t want people to think she is forcing money from her members, isn’t that  purely caring? If all pastors were like that, poverty will reduce.

Another joke
On the launching of Esther Ajayi foundation in Accra two weeks ago, after her speech she looked at her loving husband and said o ya o, you may kiss the bride. Ha I said ha, mama adura ti ya nkan o. Meaning she’s something else. She makes you laugh, fills you with encouraging words and generously bless you. When you misstep, she will not keep it to herself without advising you.
Guess what, you will not like her if truth kills you because she doesn’t know how to hide her feelings. I love her for another thing, no matter who you are, she will take your idea on board if it’s meaningful. May God bless Rev Mother Esther Ajayi for us.