She said she proudly packs condom in her husband’s case each time he travels. Is it encouraging or discouraging?

I don’t know how it feels to imagine your man is with another woman, or am I the only jealous woman in town? I can’t bear to imagine that my man will shut another woman behind the closed doors but I guess this is where we now measure the amount of courage in some women. Mine will be below the mark in that aspect knowing it will get me bothered then hot if such happens. For a woman to call her husband and say, these are the condoms I bought for you, pack them in your bag and have safe sex with those girls out there; wow, she must be living on a different planet. 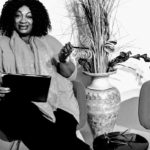 Is it encouraging or discouraging to pack condoms for your man when he is traveling away from home?

Hell no, I can’t do it. the lady said, she packs condoms for her husband whenever he is traveling for weekends or holidays or business trip. She said he is a womaniser, who needs to protect himself. To me, it doesn’t make her right or wrong but in my opinion, I don’t think the man should be encouraged. Maybe, he needs rehabilitation like Harvey Weinstein or so? Smiles. Jokes aside, let us talk about this here. Post your replies in the comment box below. Is it discouraging or encouraging to pack condoms for your man whenever he travels?

In my tiny opinion, it sounds like you are giving the man a green ticket to freely pick up any woman he wants, as long as she says, yes, he is on top of her. I don’t fancy that idea, neither will I get involved in that pattern. I feel you should sit your man down, while you express your concern instead of throwing your snacks to pigs. Draw your man near and romance him sweetly!

Categories: Uncategorized
Tags: Behind the closed doorsbusiness trip.CondomCondomsDiscouragingEncouragingFancyGreen ticketHarvey WeinsteinHell noHolidaysHusbandIs it encouraging or discouraging to pack condoms for your man when he is travelling away from home?JealousManOn top of herOpinionPigsPlanetProtectRehabilitationRomanceSafe sexSexShe said she proudly packs condom on her husband's case each time he travels. Is it encouraging or discouraging?SnacksSweetlyThrowingTravelingWeekendsWomanWomaniserwomen.Wow