Would you like me to tell you how i escaped death three times? The third one is too delicate to discuss now, but soon i might!

Today, I will discuss the first escape!

Do you have a clue how it feels to overcome any near-death experience? I can tell you that it is not easy to even find yourself in that scary corner where you don’t know what will happen next or where it will end. Yes, I have escaped death on few times without taking things for granted in life after that. 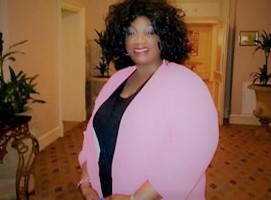 It was one sunny day in the 80s when I decided to cross a busy motorway in Lagos expressway without realizing there was anything speeding from afar. Before I ran back thinking I dodged a white Mercedes Benz and a truck, I was brought to consciousness by the strong aroma of an unknown fragrance. That was when I heard a male’s voice saying, ‘if you are a military man, is that why you must kill’? Later, I heard some college boys calling out their friends but one boy said, come and see, they’ve killed a pretty girl. That’s when I slightly realized that I was sitting on a corner-side of the motorway where an uncle said, yes, he knows me. At that point, I entered uncle’s brown car sitting in the back seat next to uncle. Throughout the ride, uncle kept talking to me and asking me some questions to prevent me from sleeping.

He took me to his pharmacy since he was a doctor in his days and his pharmacy wasn’t too far from the accident scene before he drove me home. I couldn’t explain how I felt that day but I know I couldn’t feel one side of my head and leg.

Apparently, when I thought I ran back to avoid a white Benz and a truck, there was a military man on a motorcycle speeding in between those two vehicles but he was oblivious to me.

I was told that the military man ran into me fiercely, forcing me to fly high in the air like ‘Batwoman’ before I was later dropped on the floor like a raggy doll. At a point, I was dragged on the motorway for a while before I got rescued.

Uncle said if he allowed me to sleep, I might have gone. Thank God for life.