Whenever I remember the sight of debris and bodies of lovely people who died in DANA crash 2012, tears keep dropping. How safe are those flights in Nigeria?

I will tell you what brought this subject up eight years after the fatal crash which claimed lives of friends, families and loved ones of many Nigerians. Sadly, it seems Nigerians easily forget morbid incidents quickly, otherwise, why will there still be an ongoing poor maintenance problem with Dana flights again? 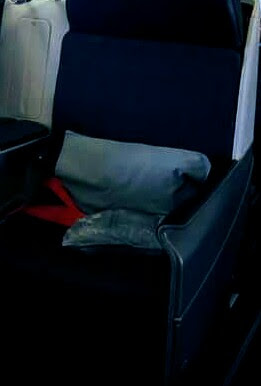 I was in Nigeria when the news broke out that all 153 passengers on board died including babies, pregnant women, friends from abroad who came to visit the first time, some leaders and every special person on board. Yes, everyone on board was special. I am going to take a break now because I cannot hold my tears!

On Monday morning, the 4th of June, the scene in ishaga was extremely rowdy and dispirited to the extent that we struggled throughout. Smoke was still coming from burnt debris. We also saw, fallen trees, collapsed buildings, emergency team, firefighters, police officers, eyewitnesses who lived opposite the collapsed building, armed forces, touts, public, supporters, and press. An eyewitness saw the plane and some unsettled passengers. The pane was trying to land on the 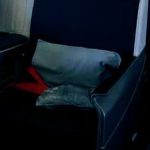 ground. He saw the plane slightly swerving and struggling to land. He said he was scared the plane was close to his head at a time. A woman said her friend wanted to stay in the building where the plane finally crashed into, but one thing told her to attend the Sunday worship, by the time she returned home, her husband and son have been killed.

A lady went on Twitter to express her fear after a door dropped off DANA air immediately it landed yesterday!

What a scary incident to be on a flight with an ill-maintained engine or any gadget. She posted the photo of how the door dropped off after making terrible noise on air before it landed.

A spokesperson from dana claimed a cabin crew or passenger might have tampered with it before it took off, trying to make excuses? Recently, another passenger exposed how smoke was oozing from a flight while it was in the air. My reply to dana spokesperson. https://twitter.com/tinutinoshow/status/961239309574656000

What is happening to those flights? Why aren’t aviation management team taking lives serious except taking money?

There is definately a lot to find out about this issue.

I really like all of the points you made.

We stumbled over here by a different web page and thought I might check things out.
I like what I see so now i’m following you. Look forward to exploring your web
page again.

Wow, this post is pleasant, my younger sister is analyzing such things, so I am
going to inform her.