Who is Meghan Markle

Rachel Meghan Markle is a 36 years old gorgeous hard-working actress and philanthropist. She is a mixed race young woman who knows what she wants. It was her priority to turn her situation to a better one. 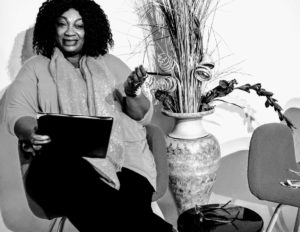 Meghan Markle started as a calligrapher, on one side before going into acting. Sweet things don’t come easy, it comes with pains!
She has appeared on some game-show in the past while she was struggling to make a name. In fact, she mentioned how she once had an inexpensive pair of shoes in a waiting room where she prayed she would be accepted for an audition.  Meanwhile, let’s bear in mind that we heard of the family members been bankrupt. I wish them all, success!

Remember Late Princess Diana was in love with Dodi Al Fayed, the Egyptian multi-millionaire who got killed alongside her in Paris car cash in 1997.

Prince Harry is Diana’s second son who is distinguished as many people know him as ginger hair. Although he is friendly and relaxed, he has that romantic side of him which he reflected when he went on one knee and proposed to Meghan. He proposed to Markle which left her dumbfounded and excited to the extent that she interrupted him with joy by asking, can I say yes, can I say yes. That sounds so romantic! They have been dating for sixteen months, but their wedding sets out to plan in the spring.

I wish the couple, happy life ahead.

Categories: Uncategorized
Tags: 3336ActingActressAfricanAlAmericanAppearedAuditionBankruptBloodCalligrapherCarCrashDatingDianaDodiDoriaDreadlockseanwhileFayedHard-workingInexpensiveIntelligentis now engaged to Prince Harry. Congratulations to both of them.KilledLate Princess Diana was in love with Dodi Al Fayedlet's bear in mind that we heard of the family members been bankrupt. I wish them allMarkleMeghan MerkelMixedMumMurderedParis car cash in 1997PhilanthropistPrayedPrince Harry and Meghan Merkel are now engaged after Harry proposedPrince Harry has proposed to Meghan MerkelPrincessRaceRachelRaglanRoomShoesSixteenStrugglingSuccessthe daughter of African -American Doria Raglanthe Egyptian multi-millionaire who got killedWomanYearsYoung