Should deportees be handcuffed while on flights?  Video attached!

It is so devastating for deportees who face such brutal experience of being handcuffed to the back and dragged like dogs on flights for the whole period of journey. As a  matter of fact,  it’s depressing for passengers who witness such horror too.
https://youtu.be/9v2faJ3V9VA

One day, I was on  French terrain when I witnessed some black ladies wailing and struggling to breathe as French police officers dragged them by their hair and wrapper which was almost off their waist. 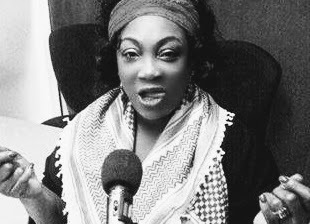 How do you think I Felt? Tears dropped slowly but anger was directed at bad governance occurring in many African countries which pushed our people to escape from poverty or unbearable trauma.
Another experience; on my way to Lagos from London,  I saw a man in handcuffs dragged by two policemen while two extra followed them. I looked into the man’s eyes and all I could see was embarrassment and agony. He was in absolutely excruciating pain. Handcuffs to his back on a flight throughout seven hours trip? Unpleasant!
Sometimes,  those police officers are so brutal to deportees, treating them as if they are terrorists.

Not all deportees have had their hands soiled with the crime.

Some came abroad to acquire advantage while most people came to seek refugee due to calamitous incidents they found themselves.  Unfortunately,  they might have been unlucky.

Isn’t it ridiculous to leave handcuffs on deportees while on flights, especially when two officers accompany them?
Would they jump off the plane?

I attach an experience from a passenger who was utterly disgraced.