Why would Mathew Hicks murder an innocent 18-month-old baby, whom he and his husband adopted?

An unfriendly man named Mathew Scully-Hicks has been found guilty of murdering an adopted baby girl, named Elsie. Elsie was only 18-month-old before she was killed by her monstrous adopted father.

A report showed the girl was abused and assaulted for several months by 31-year-old Mathew. Poor girl died from traumatic head injuries which were inflicted minutes before he called emergency service. That proves he had kicked, hit and slapped her until she died! Truly painful.  How dreadful.

Elsie was adopted by the man who murdered her. There was bleeding in her brain and a fractured skull.

How can a man kick, slap and beat such an innocent baby until she gives up the ghost? What goes on in minds of such wicked men? 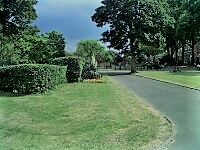 Can you imagine he called late baby Elsie psycho and Satan in the baby grow? On several occasions, he referred to Elsie, as Satan. Some neighbours did hear him shout and swear so loud, while little girl cried frighteningly.

My worry is this, why wouldn’t social services safe babies like this? Some good potential parents are out there waiting to show love to babies like Elsie but no, they are denied such golden opportunities, to allow them experience feelings of parenthood.

He called 999 pretending to care that his daughter is not moving without explaining how he has been assaulting the innocent girl until she gave up the ghost. It has been revealed that the little girl was even assaulted sexually. what a way to go for an innocent angel. There are thousands of babies like her who deserve better home but it baffles me how some monster like that man can have an upper hand at adoption agencies, Well, the government must tighten the law to favour serious family who needs and deserve kids.