Dove brings out an existing pattern of the racist advert which the whole lot of them are aware of. After the outcry over 2011 racist advert, they repeated it six years later.  Let me say, racism is almost everWickendon from. I signed a form recently, only to reluctantly marked the box which asks about my ethnicity and colour. 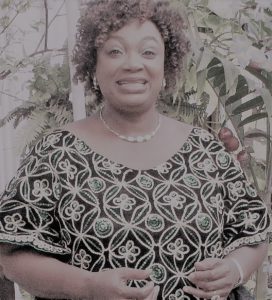 There is a lot wrong with an advertisement which shows how dove can turn a black woman to white? Are you kidding me? How on earth did that pass through your executives without scolding the brain or brains behind it before it came to the limelight? A woman must appreciate whatever skin colour they are, without any prejudice advertisement from Dove. Advertisements like Dove push traumatised women to feel insecure with their skin, to the extent of ether bleaching severely or worse.

Your advertisement will not elevate self-esteem of some black women.

How can you make any black woman feel uncomfortable with her skin? I learned there’s been an apology from Dove but it is medicine after death!

Recently,  23 years old Joanne Wickendon from British Airways rudely shared her racist jokes online, where she insulted Nigerian men over their private stuff. Now, Dove never learned from 2011, a VISIBLE-CARE advertisement which showed a black woman turned white after using their scrub. You repeated the same this month, so tell me why it is an abomination for a black woman to feel comfortable with her colour? I watched a Japanese or Chinese advert where a lady put the black man in a washing machine, bringing him out as a white man. Meaning the washing powder tuned dirty black man to white, just like Dove’s advert.

Black is beautiful, appreciate it.

Dove needs to step up the game.