Our fore-fathers were happy without Television, can we live without it?

Our forefathers were happy without a Television, can we live without it?

Our forefathers were knowledgeable but they had no idea of inventing television. They lived in villages without scientific inventions or enhanced technology.  No telephone, no electricity, no computer, no movies, no car, no radio and obviously no television. But they enjoyed their lives in their own way. They were free from paying the gas bill, road tax, council tax, tax, electricity bill, etcetera.

Black and white TV set came after technicolour but they still loved their boxes and were contented.

Our forefathers were happy without Television, can we live without it?

Can you live without a Television? 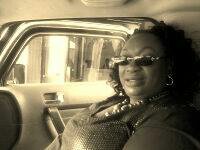 In the 1960s and 1970s when I was growing up, we watched black and white screen TV but technicolour came on the market later.

I am sure if some people had their TV locked away for a month, they will not cope. Whereas, if I was to live without a TV for a month, it will make things better for me. Not having a television or any device like a mobile phone will be more of an advantage for me knowing I will complete many projects quicker than expected.  You see, TV has minimal use for me apart from watching the news, weather forecast and my talk show or a few other programs, it isn’t a big deal to me. Our forefathers were healthier, stronger, happier, with longer life expectancy. Firstly, they enjoyed family visiting without a phone or text, and they took farming as an important chore. Mostly, they ate healthy food and did a lot of walking. Without TV, luxurious planes or cars, they trekked long distances out of love to visit friends and family. Today, it seems technology is adding to profanity and laziness in young people who get a lot of wrong ideas on some programmes watched on TV.

Categories: Life and happenings
Tags: 192660s70sAdvantageBairdBillsBlackBlack and Whitecan we live without it? Life without Television or devices will become hell for many people todayCan you live happily without any device or Television? Our fore-fathers didElectricityenhancedenjoyedFore-fathersGrowingHappierHappyIn the 1960s and 1970s when I was growing upInventorJohnJohn Logie Baird TV InventorlaterLiveLockedLogiemarketMonthno carsno computerno moviesNo phoneno technologyNo TelevisionOlden daysOur fore-fathers were happy without TelevisionProfanityScreenTaxTechnicolortechnologyTelevisionTrekkedTVWatchedwe watched black and white screen TV but technicolour came on the market later.White