Why is Prohet Israel Oladele Ogundipe of Genesis church jailed?

The popular prophet Oladele Israel Ogundipe is in jail

The Lagos State High Court in Ikeja has convicted a popular Lagos-based cleric, Prophet Israel Ogundipe of Genesis church. This happened on Wednesday.

The prophet was prosecuted on seven charges but was found guilty on two by Justice Olabisi Akinlade.

Oladele Ogundipe, who is the Shepherd-in-Charge of Celestial Church of Christ Global Genesis parish, is now in jail.

He (Oladele Israel Ogundipe of Genesis church), has been jailed on Wednesday 18th November 2020.  On seven counts of which he was found guilty of two counts.

The judge sentenced Ogundipe to one year’s imprisonment on each count. Though the prison terms would run concurrently.

The judge dismissed five of the charges for lack of evidence.

Olaide Williams-Oni, a UK-based architect was allegedly duped by Genesis Ogundipe according to her.

She dragged Genesis Ogundipe to court based on a fraudulent deal that caused her 17m Naira, which was supposed to be used for procurement of some landed property.

Oladele Ogindipe refused to complete the agreement over the years which led to his temporary downfall.

He is loved by many people around the world.

Sadly,  he is going down because of unsolved problems today. 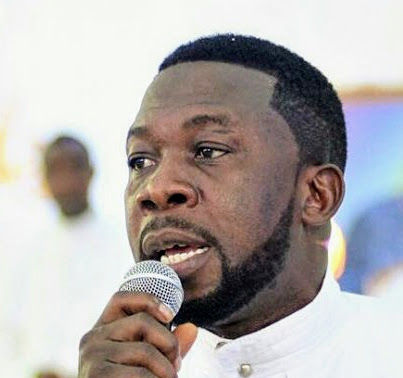 Olaide Williams-Oni said she met him in 2002 when her step-sister took her to meet Oladele Ogundipe in his church for prayer.  That was how the whole story began.

Whatever you do in life,  remember that it is right to be compassionate and clear.

My question is, how many religious people are true today?  There are many fake pastors out there but it doesn’t make prohet Genesis a fake pastor.

Finally, I don’t encourage anyone who mocks someone in a time of tribulation.

Categories: Breaking newsLife and happeningsNigeria
Tags: 17mAchitectFraudulentGenesisGenesis churchGenesis Oladele Ogundipe has been jailed on WednesdayJustice Olabisi Akinlade.Olaide Williams-OniProcurementProphet Genesis in jailProphet Israel Ogundipe of Genesis church in jailThe judge sentenced Ogundipe to one year’s imprisonment on each count. Though the prison terms would run concurrently.