OOni of ife can remarry whoever he likes but his ex queen is forbidden. Why?

Before I begin, It is right to show a sign of 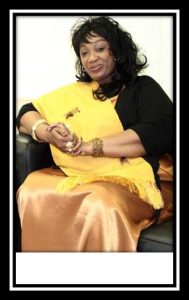 Let’s understand that not all beautiful photos or videos exhibited publicly proves that a marriage is excellent or active. Some relationships or marriages are dead on arrival regardless candidates involved. Sadly, it begins one day but it doesn’t mean those two parties involved are bad people. It just means they aren’t meant to be together.

In regard to king ooni of ife and ex-queen Wuraola, it is a shame their marriage broke down considering the delicate exalted position both of them epitomised. Many people looked up to them as first parents of Yoruba land but they cannot be blamed if it turns out like this. There would have been mistrust, shouts, disagreement, and cries before the final decision.

According to Chief priest Yemi Eluibon, whoever sleeps with Wuraola will die prematurely. Not just her, this applies to all ex or present queens! How can culture and tradition of Yoruba land deny former queens of sexual desire for the rest of their lives but kings can pick, dump or choose whoever they wish? Aren’t ex-queens human beings who need to be loved? If one marriage doesn’t work out, the next one might.

I think it is getting selfish and unkind that women are treated with mediocrity.

We need the law and priests to take into consideration that women need sexual pleasure, so please revert to your rules which prevent ex-queens from having sex after divorce. Blood flows in their system.

This is a man’s world but it would be nothing without women…. James Brown

I saw this yesterday and i know you ain’t a chauvinist. Well, use your influence to make it better. Women do have feelings too Akib. Smiles.

Tinu Tinoshow Itiswell Odunuga: My good people, I don’t think ooni’s ex wife Wuraola knew she will find herself in such a sour dilemma. Very sad for any marriage to break after short time. Oh dear. Too short. Where was love and all traditional revelations? At least, if it was an old relationship or marriage which got weakened along the way, we understand but shouldn’t they be in honeymoon mood? I am so sorry both of them got hurt. It’s none of my business to pry but it’s humane to feel their pain. God bless both of them and God bless you and I. #tinutinoshow @tinutinoshow Tinoshow.