The former governor of Oyo State, Nigeria,  Ajimobi is dead, he was aged 70 years.
Ajimobi was on a life support machine for some time, but according to the report, he gave up the ghost on Thursday, 25th, June 2020 (some said he died a few days ago). 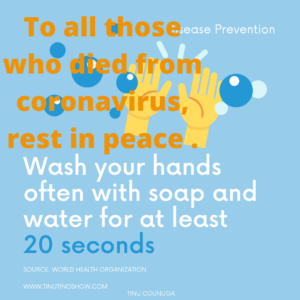 It seems the lockdown and restrictions that have been preventing most Nigerian politicians, business gurus, and leaders from travelling abroad for medical treatment and checkups, as usual, might expose many hidden health conditions affecting the magnitude of them.
Unfortunately, most government hospitals are not equipped! The state in which almost all government hospitals are left in Nigeria is unfortunately appalling, though many private hospitals are topnotch and well equipped. Can the vulnerable people afford such health care?
Isiaka Ajimobi was rushed to First cardiology hospital in Ikoyi, Lagos, after complications from coronavirus, but he lost the battle and died.
He was born on 16th December 1949, died 25th June 2020.

Another politician who died recently was a senator

Adebayo Sikiru Osinowo was a senator representing  Lagos East at the Nigerian house of assembly. Also known as pepper, a senator and businessman until he died on the 15th June 2020.  A member of the Lagos state house of assembly.
He and some politicians have kicked the bucket recently in Nigeria. Ajimobi now added to the list.
Share.
Categories: Bad governanceBreaking newsNigeria
Tags: 16th Dec 194970Abba KyariAjimobiAjimobi is deadBayo OsinowoBreaking NewsBreaking news : Former governor of oyo stateEx governor of oyo state is goneFirst cardiology hospital in IkoyiGovernment hospitals are left in appalling stateIsiaka Abiola Ajimobi is deadIsiaka Abiola Ajimobi who kicked the bucket todayKicked the bucketLagosMachineNigeriaPoliticiansread the full cause of death of the former governor of oyo stateSenatorTravelling abroad to seek medical treatmentWhat killed Isiaka Abiola Ajimobi who was on life support machine

The king of Oyo Alafin is dead!  Oba Lamidi Adeyemi was the king of Oyo for 52 years  until he died yesterday, the 22nd of April 2022. He was known to have a crave for Read more…