Why do some black people refuse to marry blacks?

These days, we witness some blacks marrying outside their race for several reasons. To start with, don’t forget we all have different taste, need, choice, understanding and feelings which are factors to be considered.

It’s true that some blacks will categorically tell you, they will never date or marry blacks.   Some of them criticize blacks, while some cannot take pains inflicted on them while in previous relationships 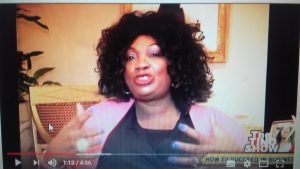 We have reliable blacks among both genders but it doesn’t make other race better than blacks anyway.   For those blacks who keep criticizing blacks, open your eyes to see the good opportunity you are throwing away. For instance, it is an opportunity to reconnect to the motherland, visit heritage, family tree, romance, care and love. Don’t get me wrong, people from other race can give love and care too, but let us refrain from being stereotypical and call our brothers and sisters attention to the good they are missing! It is exulting to witness blacks marrying blacks.

Reasons why some blacks date and marry outside their race

Amalgamation  can bring two persons together regardless

Pele, the god of football was previously married to Rosemeri Cholbi and Assiria Nascimento. At 75, he looks happy with his third wife, but he has never married any black woman. According to a study of high level black businessman few years ago in Brazil, 49 out of those black successful men are married to white women.

Polly Marinho once said, they are thought to believe black is dirty and black is a slave. Isn’t that sad?

Let’s remember that we have a lot of strong and independent black women these days who can challenge any ill at any time, will that intimidate a black man?

our thinking is differ on issues.l lov black woman

I see you don’t monetize your blog, don’t waste your traffic, you can earn additional cash every month because you’ve
got high quality content. If you want to know how to make extra money, search for: Mertiso’s tips best
adsense alternative